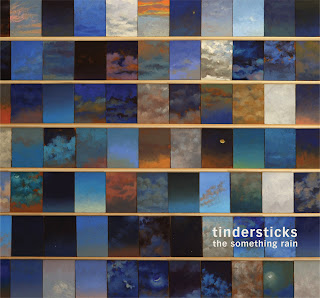 Since the early '90s Tindersticks' concoction of indie, soul, jazz and rock has seen them become somewhat darlings of the underground UK scene. 9th album "The Something Rain" is full of depth and texture, layers swelling on almost every track to create a finely crafted sound. Most notable of all is the beautiful "A Night So Still" which remains tense and pensive whilst being sparkleingly pretty and brooding as it continues. The more exposed moments here border on dull, but for the most part Tindersticks wholeheartedly prove their cult credentials.


Download: A Night So Still
For Fans Of: Roxy Music, The Blue Nile