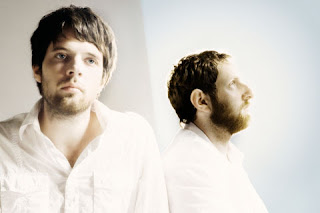 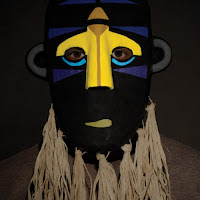 
IDM (intelligent dance music), which grew to the height of its complex and illustrious power in the midst of the mid- '90s rave scene, headed full- on into the foray by Aphex Twin, Squarepusher and the like. Those who previously waved its neon flag proudly now should watch with an almost- equal sense of pride as a glitchy revival is being spurted out in all its neon glory from some of the UK's grimiest but most musically vibrant communities.

SBTRKT, aka Aaron Jerome, is one such carrier of the "IDM prodigy" standard whose technical advances to dance music have been rippling through the undercurrent of the UK garage scene for a couple of years, but are maxed out in his colourful and illustrious debut full- length. All of Jerome's skill with keyboards and sky- kissing loop patterns are brought up front present and correct here. The swirling twists and turns, soaring synths and two- step beat of "Sanctuary" create a minor- key sense of difficult epic- ness, with long- time collaborator Sampha's soulful crooning gliding soothingly in dramatic form.


The minimalist house bleepery of "Right Thing To Do" and the deliciously funky "Pharoahs" are like late '80s/ early '90s dance epics given a full- on 2017 swing. The glitchy synth patter of "Something Goes Right", once again featuring the brilliant Sampha, shows once again that Jerome has no problem delving into complexity.


Occasionally we'd like to hear the music speak for itself a little bit, but the lack of which is only a minor loss when, for the most part, Jerome proves himself a serious talent.

A Different Kind Of Fix 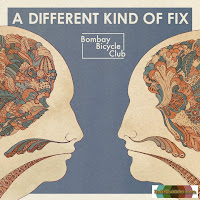 In attempting to match their ambition with their sonic ability, Bombay Bicycle Club have created 2011's most unusually fixating guitar album


Is indie music in decline? A large proportion of the blogosphere seems to think so. With no real "heroes" of the indie rock 'n' roll scene since the demise of The Libertines and the emergence of the Arctic Monkeys, it shouldn't come as too much of a surprise that on their third album, London romantics Bombay Bicycle Club seem to have, in some respects at least, tried to distance themselves from the trundling guitar- rock of their debut, 2009's "I Had the Blue but I Shook Them Loose." On 2010's "Flaws" they branched out into a beautiful whim of acoustics and Joanna Newsom adoration, which based itself primarily around six- stringed instruments but in a completely different way. On "A Different Kind of Fix" guitars are still an imperative ingredient, however so is, it seems, front man Jack Steadman's love of dance music and a glitchy cut 'n' paste loop machine. It's a scrapbook indie album, shinier and cleaner than the indie rock 'n' roll generation, and more a blossoming platform for BBC to try and convey all their ambition.

Opener "How Can You Swallow So Much Sleep?" begins in an electronic haze and glistening guitar- picking, before it proceeds into something that wouldn't have seemed out of place on "I Had the Blues...", only it's more complex, better orchestrated and as a result, much more powerful. "Your Eyes" is built around a looped rockabilly- esque riff which is one of the most infectious things the band have done to date, accompanied by Steadman's luring and lovelorn poetry, which comes into its fore here as he sings "I'm done with love/ It's not the thing I'm dreaming of."


"Take The Right One" is covered in a mysterious lo- fi fog, and along with the thick haze and late '80s clean- cut riffing is reminiscent of The Stone Roses' debut. "Shuffle" is inherently this album's "Always like This." Built around a looped and infectious to the point of being near- annoying piano riff and shuffling, danceable drums signal it as a song that was always destined for radio one adoration, and considering all the fans singing along to it at this summer's festivals before it was even out, it's destined to be their defining moment of 2011, whether it deserves to be or not.


The primary problem with "A Different Kind of Fix" (and it's only a small one mind) is that it's not a total re- invention. Songs like "Bad Timing" and "Beggars", whilst pleasant enough, do nothing to uphold the power encompassed in some of the album's finer moments. But in pulling everything together through a shared love of loops and technology, Bombay Bicycle Club have most certainly created a different kind of fix; it works on what is occasionally a sensational level, and it portrays the full ambition that the band hinted at previously but never really hit on. They're yearning for a more intelligent sonic path for guitar music- three albums in and their well on their way to finding it.