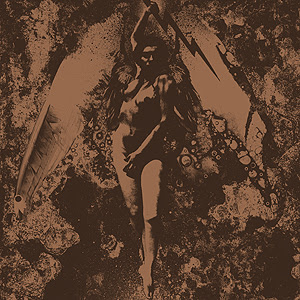 Two Heavy Metal titans in the shape of Converge and Napalm Death have teamed up to release this 4- track EP "Split" via Deathwish records. If you're familiar with either or both of these bands then I'm sure you're aware that it's a suitably punishing affair. However, there is some added flavour here, which encompasses a cover of Entombed's "Wolverine Blues" by Converge.

In all honesty, I'd rather have another slice of new material from the band. Their cover of "Wolverine Blues" is OK, but it lacks that fuzzy, chaotic Converge touch that probably would have made this a much more thrilling listen. The second track they do here though, "No Light Escapes", is much more akin to the Converge we know and love. Clocking in at 58 seconds, it's a furious, rip roaring minute which sees Kurt Ballou's impeccably ampidextrous guitar riffing push to the for and Jacob Bannon's vocals return to their frightening intensity. It won't get down as a classic in Converge's catalogue, but it's a nice sign of things to come when Converge release their upcoming album at the end of 2012.

The first Napalm Death track from the EP, "No Impediment to Triumph (Bhopal)" is a surprisingly melodic affair for the Birmingham Grindcore legends, but it still contains all those things that make Napalm Death so vital, still, 30 years after their conception. Barney Greenway's vocals are unforgettably thick and loud, as always, but the syncopated drumming and tuneful melody behind the riff show Napalm Death getting in touch with their prettier (er... sort of) side. "Will By Mouth" is much more Napalm Death- esque track, featuring furious blast- beats, frantic, doom- laden tremolo picking and an ending which is a groove- heavy and memorable punk blast.

"Split" isn't a groundbreaking or vital release. It just shows that both Converge and Napalm Death, both with over two decades of history in the heavy metal game, are still doing what they do best, and are still rather good at it. Napalm Death's "Utilitarian" did a mighty fine job of proving that earlier this year, whilst we have high hopes that Converge will still be sounding as frantic and terrifying as always on their new record, due out later this year. Until then though, this is a slightly unnecessary but tantalizing supplement.

Key Tracks: "No Light Escapes" "No Impediment To Triumph (Bhopal)" 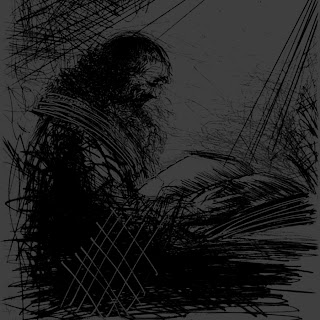 It is folly to suggest that there is a dearth of original and innovative ventures going on in metal music at the moment, and especially, in Black Metal. Purists will always find ways to scorn those who manipulate the original grounds of Black Metal into something new (Liturgy should know that better than anyone), but Black Metal is no longer a genre for the purists. Sunn0))) and been twisting it into their own experimental yet still down- right nasty left field vision for well over a decade now, and both Liturgy and Wolves In The The Throne room proved that there is plenty of room for melodicism and various meandering, interwoven incorporations spanning across a wide range of genres with two of the finest metal albums to be released last year.

Agalloch are certainly not ignorant to the power and space which modern Black Metal has been free to roam, and that's something that if it wasn't recognizable before is certainly recognizable on their new EP, "Faustian Echoes." Based on Johann Wolfgang Von Goethe's epic occult masterpiece "Faust", the record is a single, 21- minute long odyssey that explores all the recesses that Agalloch have always found time for in their Black Metal/ Neo- folk hybrid. Those things being melody, harshness, bleakness, acoustic interludes, blast beats, tremolo picking and wretched vocals, all of which find themselves in abundance here. There are wild changes in direction and atmosphere regularly, something which Agalloch manage to pull off without a hint of a slipping up or miscalculation. The EP is almost always in touch with the emotional side as well, whether they be furiously pounding and picking away on bleak, down- tuned and mournful riffs or gorgeous, eye- twinkling harmonizing or epic walls of dense distortion. All the melodies encompassed here stir something within, and it's that breadth and span that make Agalloch such a compelling composition, exercised with full heart here.


They aren't doing anything against their own self- styled (if reliant mold), but Agalloch have proven that they don't really need to. They've achieved epic pieces of sizable proportions before, but "Faustian Echoes" is the longest song they've ever written, and to manage to keep it vital, emotional and enduringly sky- reaching throughout is a feat that should not be undermined. All of it comes to a head on a pretty acoustic interlude as a cut from Faustus line in a production of "Faust" intones "then man is only air as well." It's not rare for music to make you feel that way, but the colossal "Faustian Echoes" certainly makes you feel deservedly small in its presence. 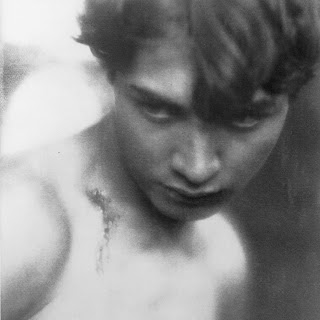 Scandinavia is, almost across the genre board, a corner of the world steeped in musical heritage. It has propelled forth some of the most prominent heavy metal bands of the last 30 years or so, something which doesn't go unnoticed or undervalued by those in the metal community. Abba, perhaps the greatest pop band ever, were born and bred in Sweden. And as of last year Scandinavia extended it's genre hopping brilliance to furious punk, as Denmark's Iceage released their brilliant debut "New Brigade."

It's probably not just due to happy coincidence that Swedish quartet Holograms' self- titled debut sounds the way it does; there are rather large portions of Iceage- esque post- punk, and the record is fullof the same cavernous, brooding atmosphere. However, it would be cruel to confine "Holograms" to the borders of "New Brigade's" shadow, for it is innovative and it is entirely it's own record. Whereas "New Brigade's" charm lay in it's unrelenting taste for chaos, "Holograms"'s charm lies in its ability to marry fresh- faced, urgent energy with occasionably insatiable catchiness.

"Hidden Structures" starts off with a frantic but coherent Joy Division- esque bass line, before being joined by a mysterious synth melody and clearly defined chords. "Chasing My Mind" lets the synth overture lead the charge and forms a deliriously upbeat anthem.


It's not all so potent, but "Holograms" is what a debut should be in that it's a self- assured statement of intent, no better exemplified than by "You Are Ancient", an atmospheric homage to Scandinavia's rich historical Nordic prowess. A fine start indeed. 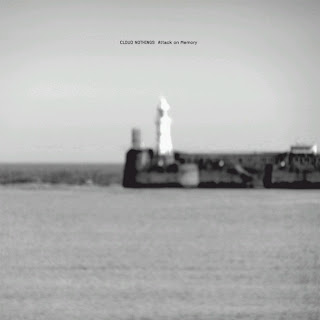 Dylan Baldi and crew produce their most thrilling album yet

As sonic shifts go they can be pretty surprising, but very few would have expected this from Dylan Baldi & Co. "Attack On Memory" is Cloud Nothing's third full- length, and it's their most abrasive, confrontational and emotionally accessible album to date. Baldi's grizzled vocals and wild howls create an abundance of raw and desperate emotion over the band's new Breeders- via- Cap'N Jazz- via- The Jesus Lizard frantically but wonderfully tuneful approach. "Attack On Memory" is almost endlessly thrilling. 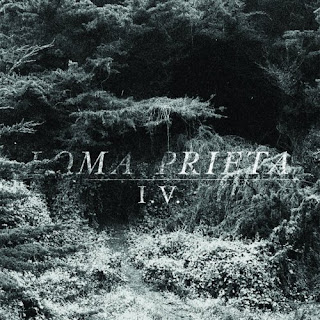 There is a mighty dearth of "proper screamo" going on in said scene today. Respective members of Glassjaw, Norma Jean and Converge may well have lost many nights' sleep after seeing the whining, gutless conformatism that their beloved scene has reduced itself to. San Francisco quartet Loma Prieta have plenty of experience of the modern screamo scene, having spent years in bands like Punch and Archeotypx. Thankfully, however, they also seem more inclined to the more urgent and exciting roots of the genre.

Their fourth album, imaginatively titled "I.V.", is an absolutely barn storming and abrasive old- school screamo terror- fest of both intensity and, in places, startleing beauty. It gets most nail- bitingly destructive on the "Trilogy" series that sits in the middle of the record. There's no sense of melody in this pummeling dark cloud of chaos, especially not at the trilogy's climax on "6: Forgetting". Its sludgy, apocalyptic down- beat trajectory becomes more and more unlistenable as it goes on, drowning itself in ugly production fuzz and crackle.


At the prettier end of things, "Uniform" feels like the end of the world with its wall of crushingly heavy guitar chords, but they're so epic that even Mogwai would be proud to have written them. Closer "Biography" is the most bright- eyed moment here with an almost transcendental, clear- cut lead guitar riff.

The worst thing about "I.V." is that it will almost certainly be overlooked by most. Those who don't listen to screamo probably won't even know of its existence, and those who do may well overlook it in favour of the latest Devil Wears Prada output. Nevertheless, let us lucky few who have stumbled across it be continually thrilled.