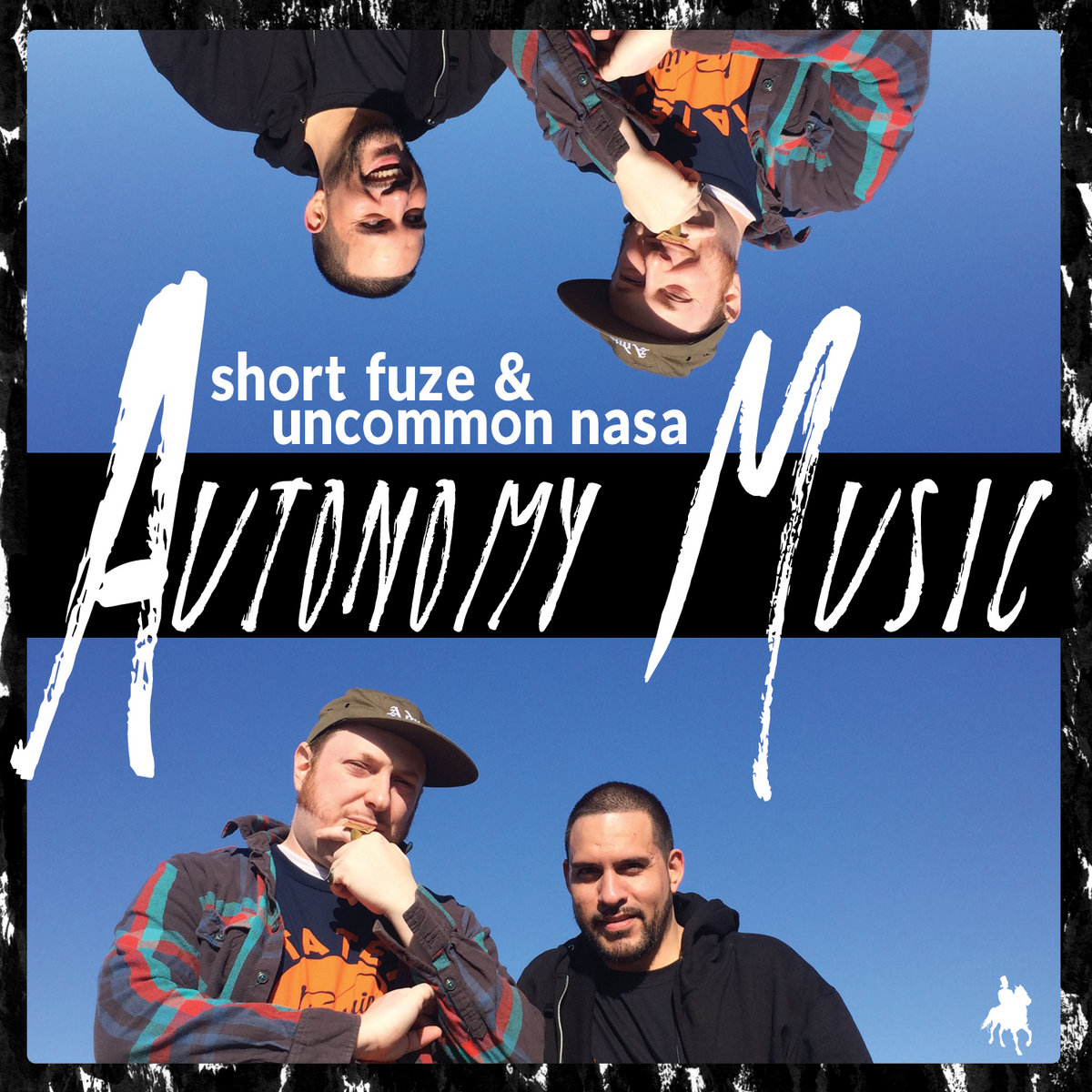 There are few in the underground Hip-Hop game who have been as prolific in recent years as Uncommon Nasa. Having been in contact with him for about three years now, a new project is always an exciting prospect- there's always the sense that it'll be a journey, a sort of post-modern re-visitation of ideas and values that are well-cited that then get re-claimed and re-dissected to comply with Nasa's personal achievements and world-view.

Autonomy Music is Nasa's third collaborative project with fellow New York MC Short Fuze. Nasa sits back and takes control of the production reigns, leaving most of the literary character of this record to Short Fuze, whose dynamic rhyming system and sometimes intensely personal lyrical direction mean that Autonomy Music (more often than not) offers exactly the right amount of feel and atmosphere that one has come to expect from Nasa's ever-widening platform, Uncommon Records.

The record's first half (save the sample-lead, reflective and re-constructive intro of 'Art Gallery of Autonomy') serves as a more direct helping, whether it be via Fuze's self-deprecating honesty on 'The Darkest Place I've Ever Been' or the gritty, hard-nosed dissonance of 'EMPD'. The production is brilliantly judged at almost every point, and gives enough space for Fuze's laid-back but urgent tones to take the front and centre stage.

It's on the doom-laden 'Self Distortion' that things begin to get more poetically introspective. "Hell is a ferocious prison", quips Fuze with tangible vulnerability, with Curly Castro coming through with a verse the smacks of loss and disappointment. Though this track (and others before it) re-traces religious iconography, at first it's hard to know whether to take these references as sardonic or not, but on 'Time And Space' any rejection of nihilism is swiftly done away with; "Reaching for the teachings of God, when the hand that feeds is bitten off", jests Fuze cruelly, re-citing the same disdain for spiritual belief on the following 'Addicted to the Horn'. On the penultimate track 'Oddest Future', over Nasa's crushingly stomping boom-bap Fuze is almost reminiscent of Zach De La Rocha in his rapid fire, venomous righteousness.

Though Autonomy Music doesn't ever really drop the ball in terms of its thematic guidance, there are some less memorable moments. When it's at its absolute peak (the last four songs) it's steam-roller momentum comprised of reflection, personality and lyrical providence offers a vast plain of thought-provoking and musically hard-hitting listening. These days, Uncommon Records has basically become synonymous with esoteric quality.

Key Tracks: 'Oddest Future', 'Time And Space', 'The Darkest Place I've Ever Been'
For Fans Of: Aesop Rock, Run The Jewels
Posted by Jack at 03:39